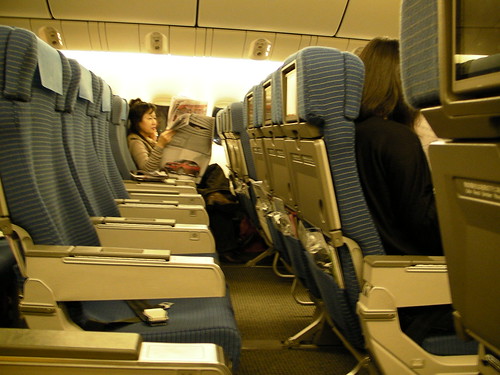 We all know that the economy sucks right now.  Our financial system is in shambles and many of us are losing our jobs and can’t pay mortgages.

The times are tough.

Unless you are a traveler.  If you aren’t being affected too much by the current economic situation, you might want to check out some travel deals that are being offered.

I’ve never been one to book a package deal with air and hotel bundled together, but if you’re traveling with somebody there have been quite a few good deals but they require a two-person minimum purchase.  Often that makes it not such a good deal when you factor in the hotel cost so be sure to pay attention to that.

But for the traveler who is just looking for great airfare deals, there are plenty at the moment.  Here are a few I’ve found recently (all prices include taxes and fees):

I’m sure there are plenty of similar fares from most major airports.  I highly recommend Kayak to search for flights.

Find any good deals out there? Where are you off to next? Share in the comments!

If you like this article please consider subscribing to our RSS or Email feed or following us on Twitter.